Well I have spent another week in Norway and it has been spent mainly at work. During the week I really will not have much free time I can tell. But that doesn't mean I can't take the time to notice the small things.  Here are some of the things I have noticed, and a trip I took to a more remote region of Norway for work.

First thing is first. Europe, and the majority of the rest of the world, is on a different point of sale system than the US. For their credit and debit card transactions they use a "Chip and Pin" system. This system does not require you to swipe your card in order for the merchant to get your bank information. Instead a "Chip and Pin" card requires you to enter in your pin into a microprocessor that hashes it through a decryption algorithm to spit out a result. If the pin was the correct pin then it will release your bank information to the vendor. That of course is an overly simplified explanation of the system and infact may still be wrong. In order to be more educated you can read about the system HERE. To the point though this system drastically cuts down on "hackers" stealing your card information right off the magnetic strip. BUT being in the good old US of A we are late to the ship on this one. WHY? Because we were one of the original adopters of the point of sale system meaning our entire infrastructure (every gas-station, store, atm, and ice-cream stand) was built on older technology. In order to switch over it is going to cost billions of dollars. About $9 billion roughly.

So what is the point of me writing all of this? In order to tell you if you are an American planning on travelling to Europe or anywhere that uses the "Chip and Pin" system, plan ahead. Either get your bank or credit company to issue a chip enabled card, or get a pre-paid card that you can transfer money onto.

If neither of those are a viable option for you then there is still the possibility of using the traditional swipe and sign method. However most cashiers / places don't even remember how to do it from my experience. After many failed attempts to pay with card and having to resort to cash, I finally figured out the trick. Swipe your card as you normally would into the machine depicted below instead of sliding your card in like show.

Then when the system asks you for your pin number..... don't panic. Simply hit the RED button telling the system that you are instead from america and laugh at danger. Then it will ask you if you really want to sign for the transaction instead. Hit the green okay button letting it know that yes you are aware you are susceptible to credit card fraud, and wallah! You can now tell the cashier how to handle the next American that walks through the door. Fear not though you will likely only have to worry about this until October of 2015 when a large portion of US companies are planning to switch over.

I have noticed that there are a lot of ties to American culture in Norway. Anything from popular pop songs to late night talk shows. They are big fans of South Park, The Simpsons, and Family Guy. They also like Pizza. The frozen pizza section in the grocery stores is always wide. The pizza above was ordered with my co-workers while working late at the office.

Aside from last weekend It has been mostly cloudy, rainy, sleety, and overcast. I am not complaining however because most of my counter parts are much colder in the US haha. I don't know how I went to Norway and ended up getting the better end of the weather deal. You can see from a few of the below pictures a typical weather day since I have been here.


Another thing with it raining / sleeting / hailing every day is that the roads are always wet with some form of precipitation. No problem really just that I learned the hard way to STAY AWAY FROM THE ROAD while walking around. A car or bus will zip by splashing all of the cold rain water all over you and you feeling like an idiot. I now walk by default away from the road haha.

Speaking of electric cars I have seen more Tesla's than I can count here. As well as a fair ammount of leaf's and even some volts. From talking to one of my co-workers, it seems the tax benefits are very very very favorable here for electric cars.

I was planning on doing some travelling on the weekends. This weekend it ended up actually that I would be travelling for work! We went to go work in a remote location on site about three hours north of Bergen. It was up in the Sognefjord area which is the largest fjord in Norway. What a great business trip!! Where we were going to be working in that area had very little stores and amenities. I also didn't know what the weather was going to be like so I wanted to prepare a little more by buying a base layer of long - johns. 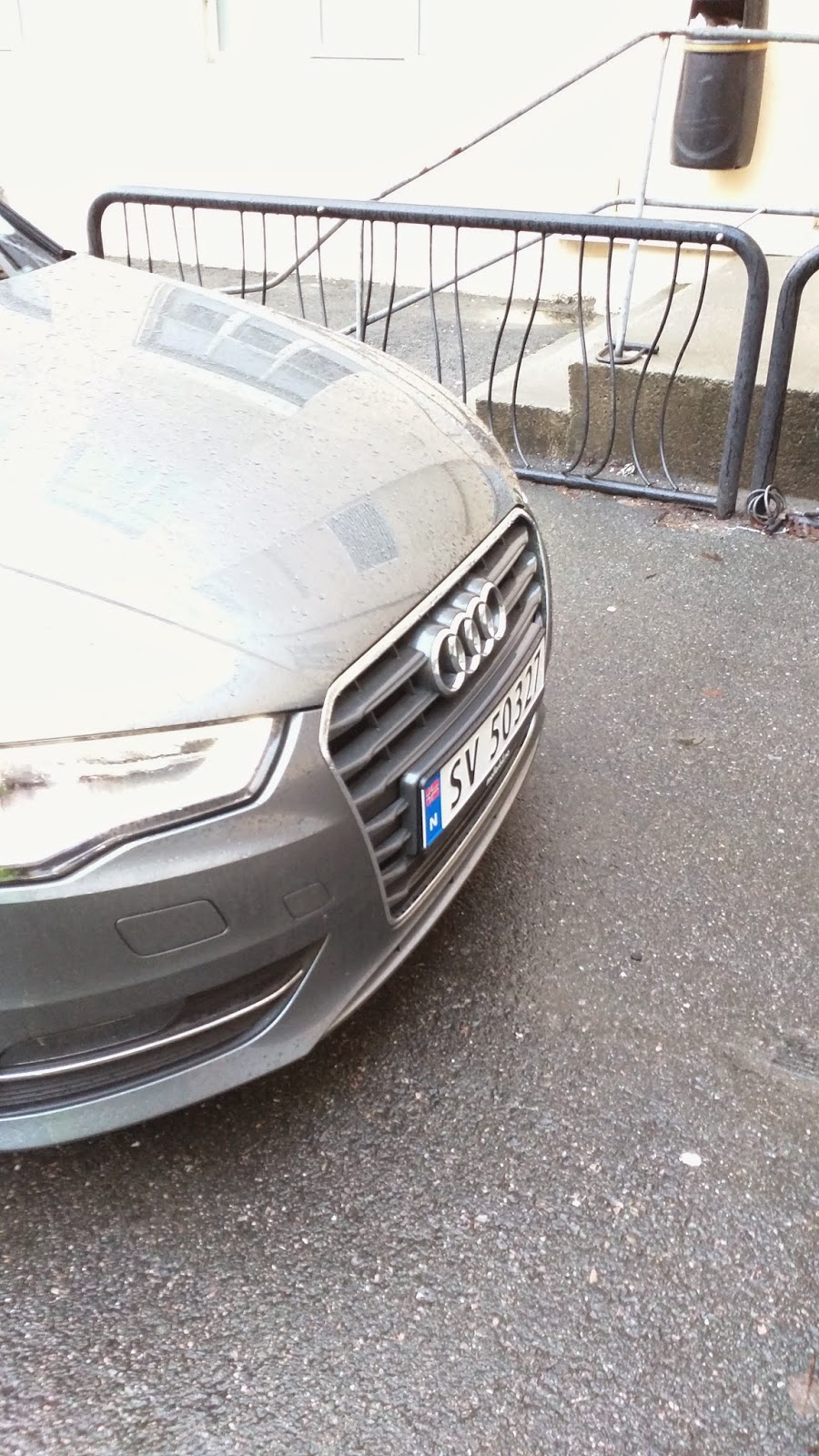 I finally got to drive that AUDI! Haha our rental car for our trip turned out to be an Audi. It was a diesel version with a manual transmission. I was very impressed with the interior and the car overall. My co-worker for the trip, Dag, said that there is an impression in Norway that anyone that drives an Audi usually drives like and A$$hole.

Off onto the trip! I took a bunch of pictures of the countryside along the way. Feel free to click on any of them to enlarge them. 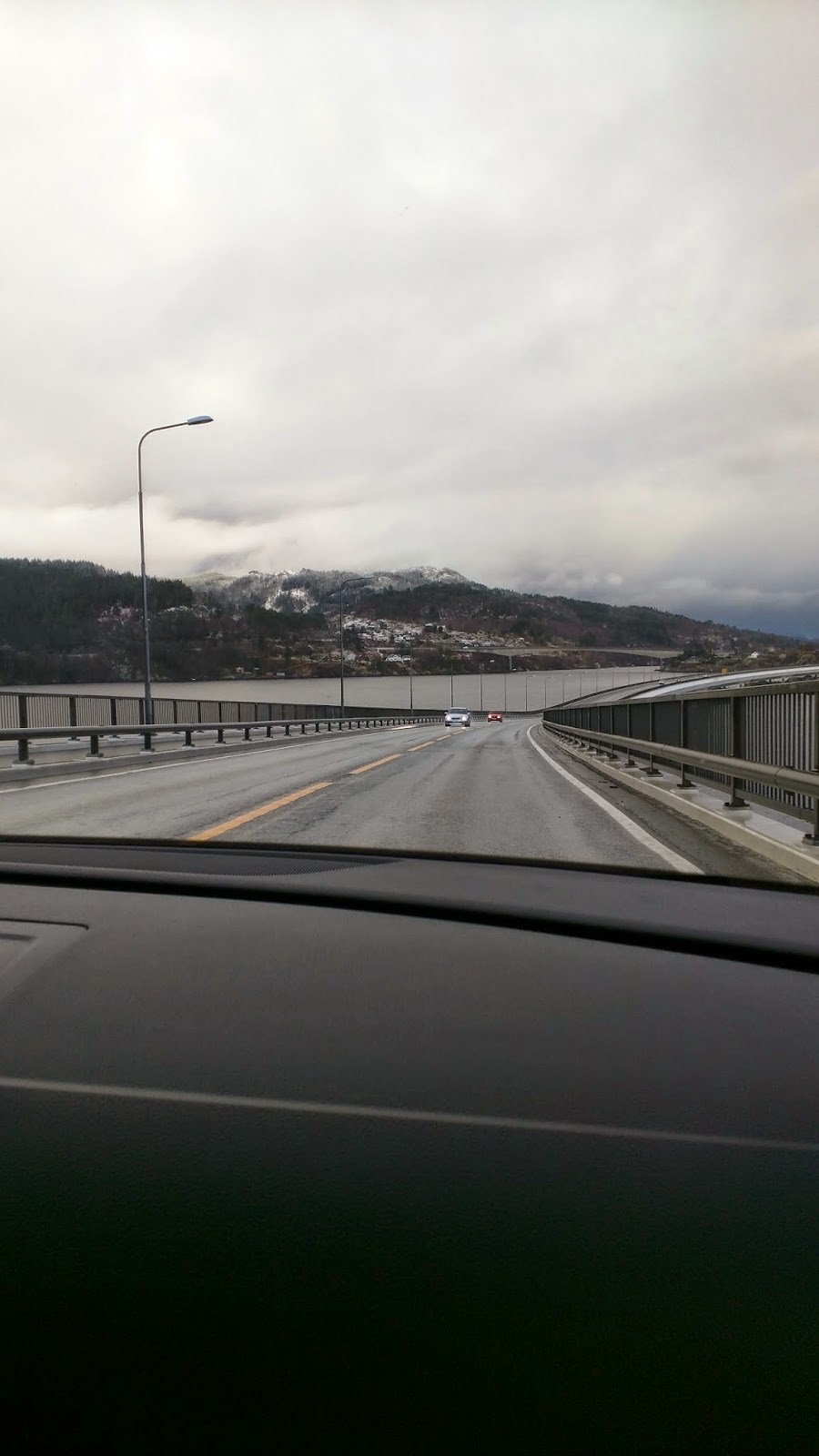 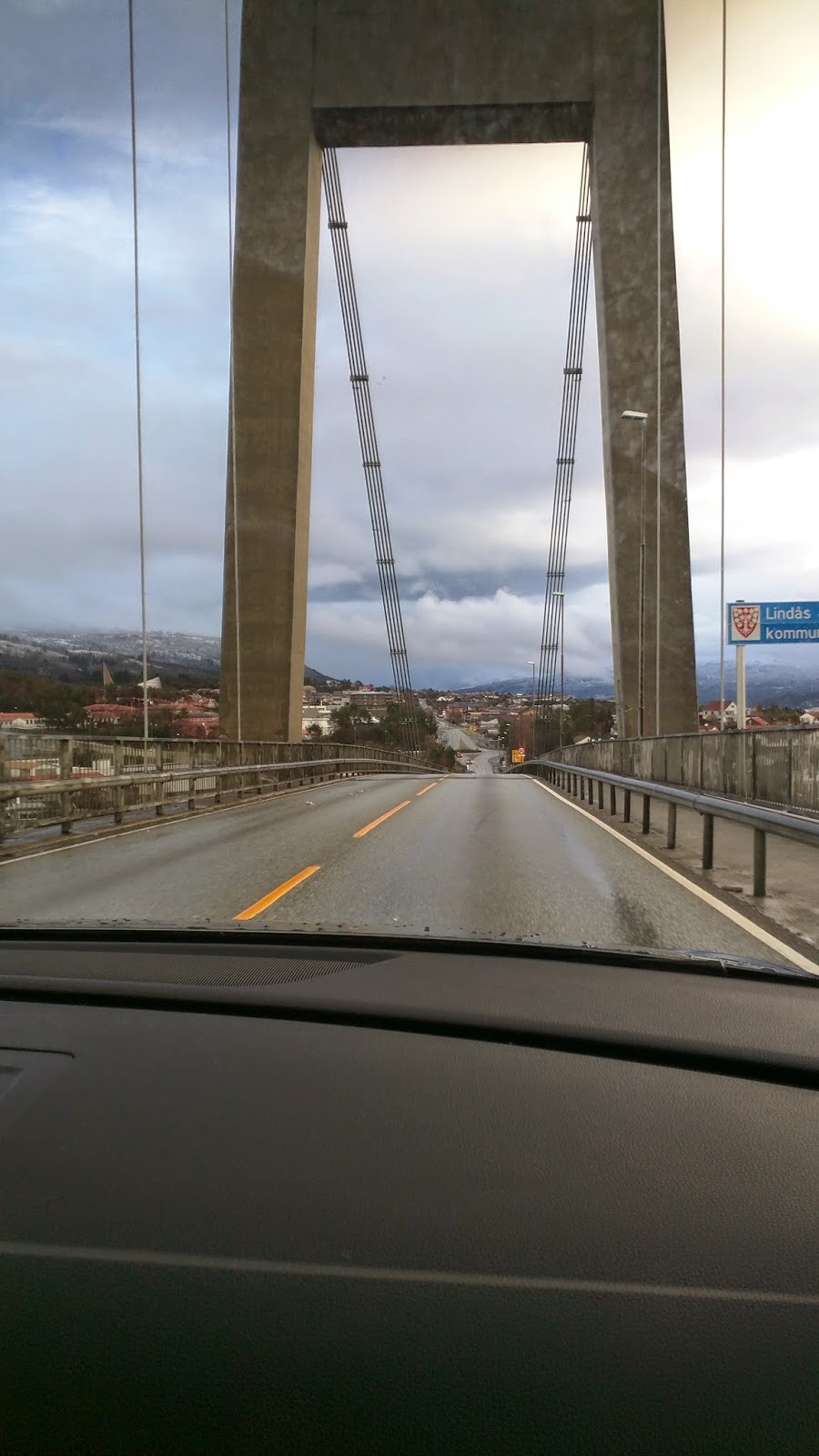 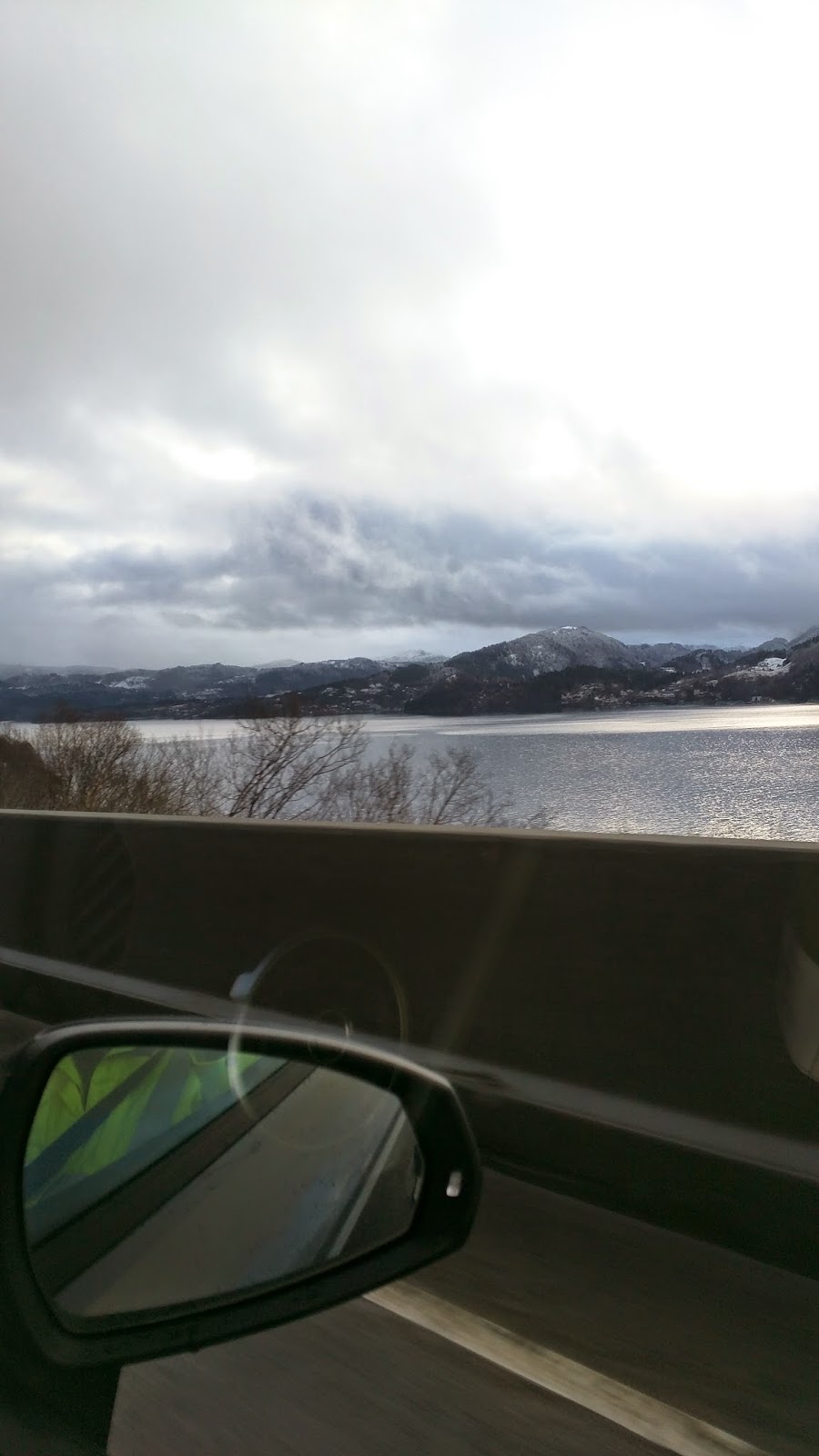 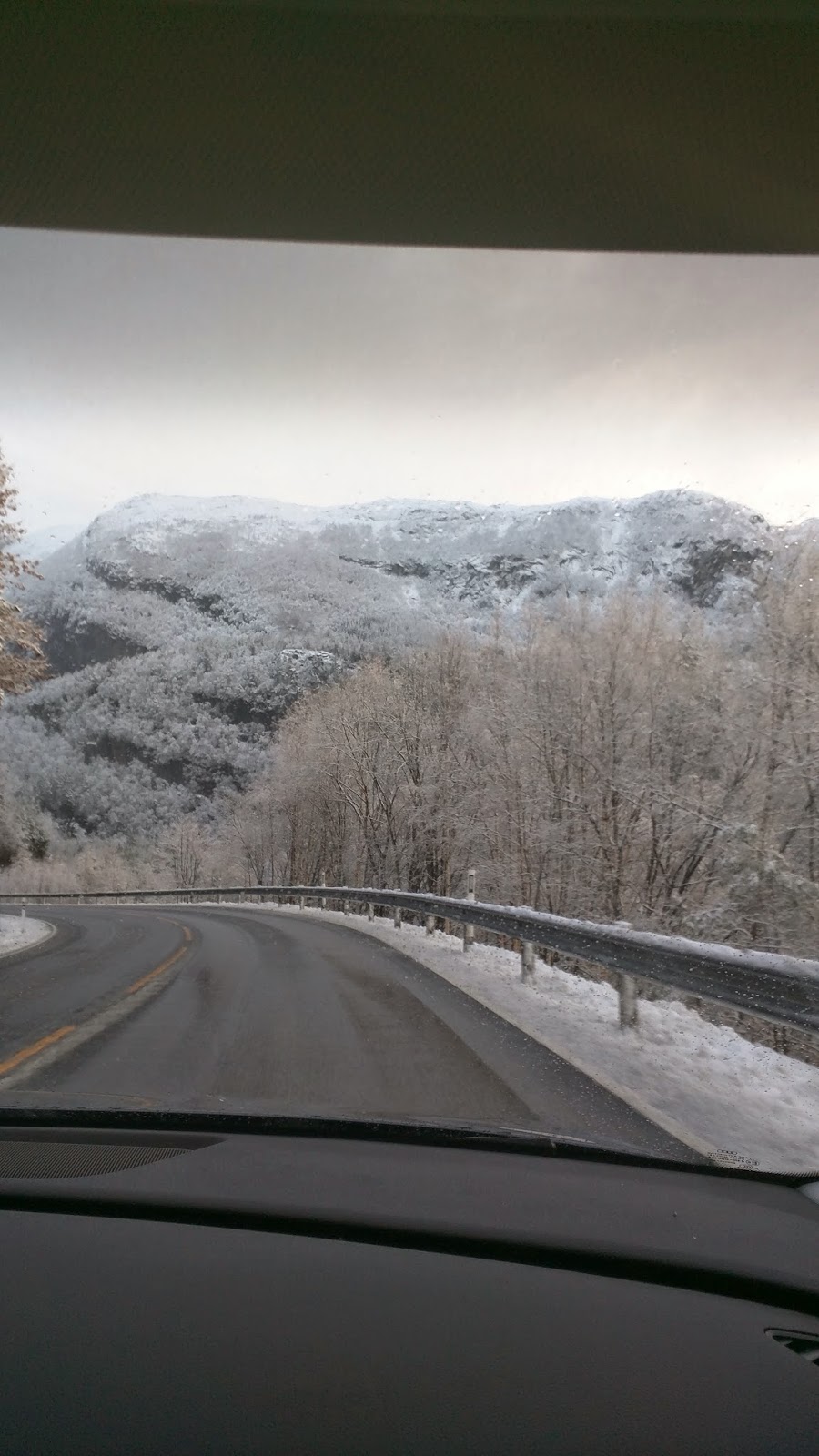 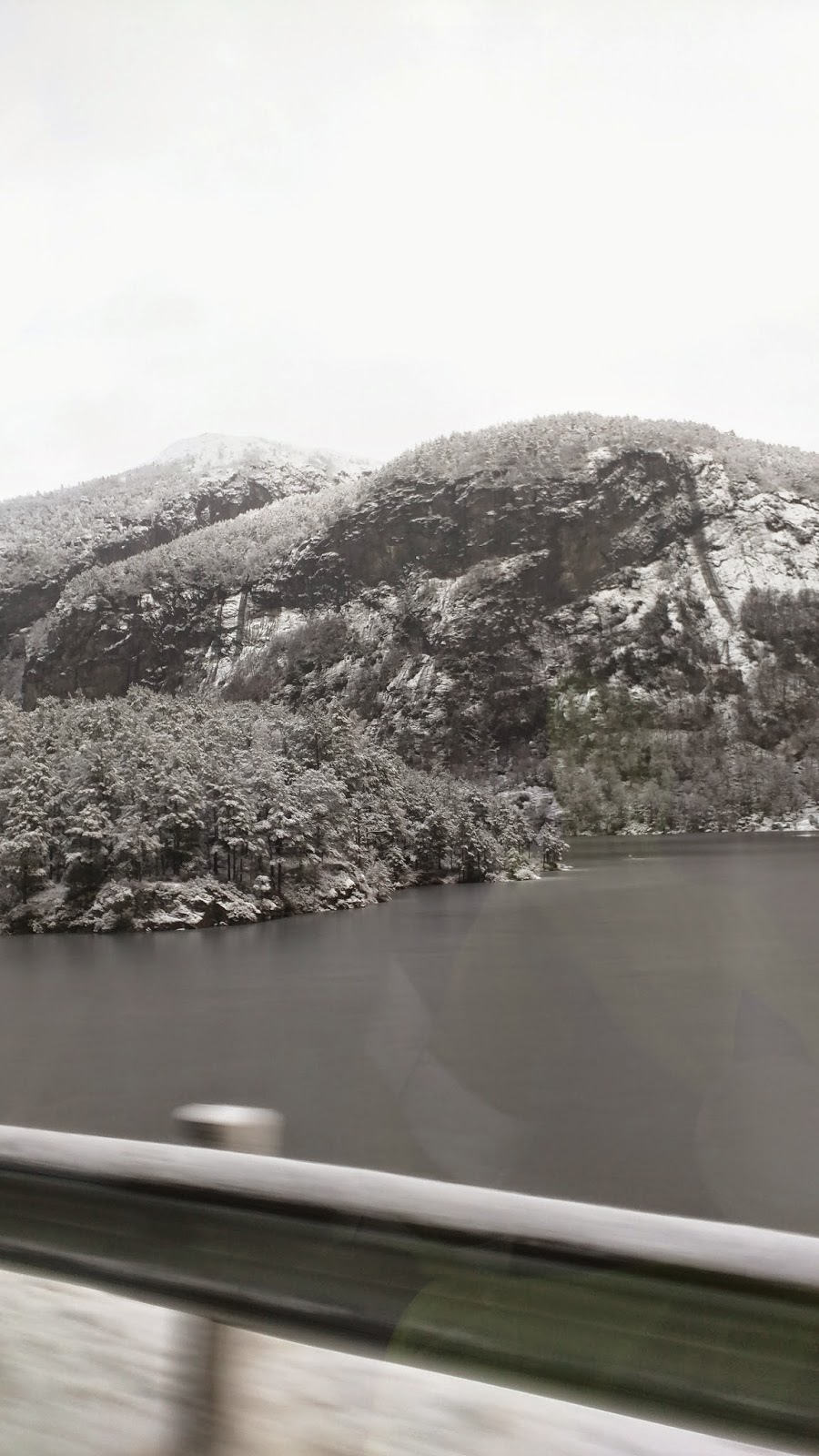 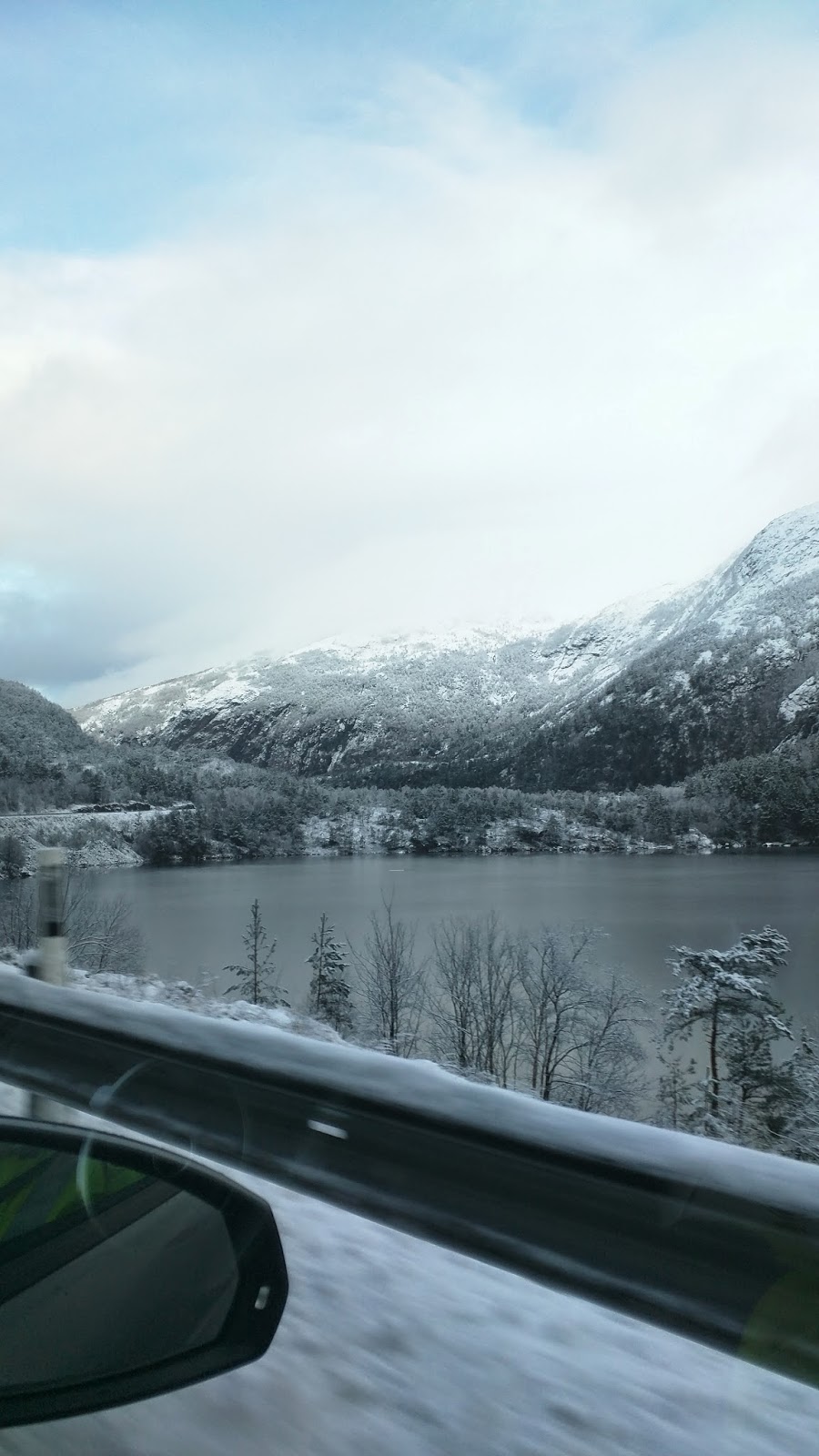 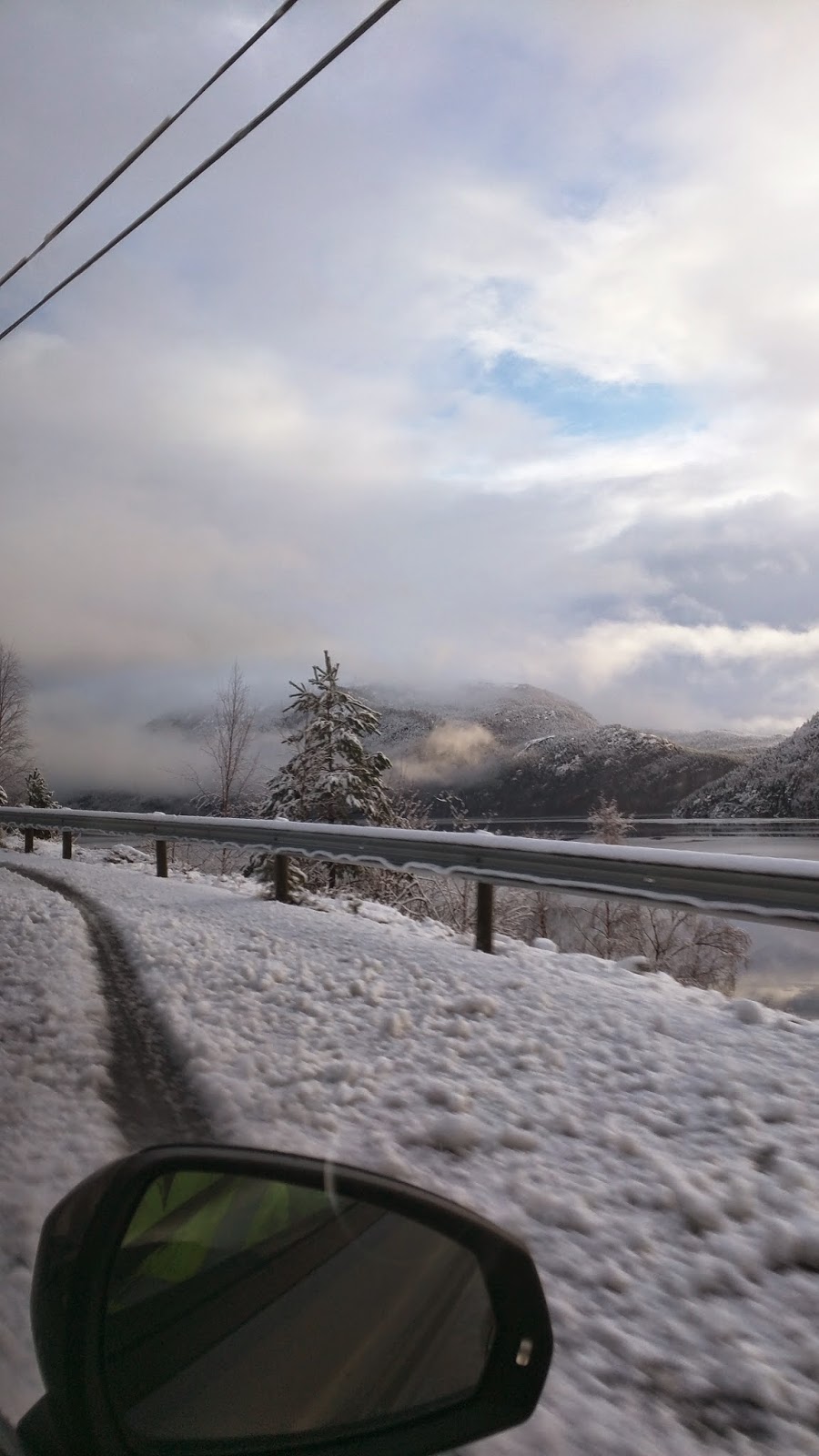 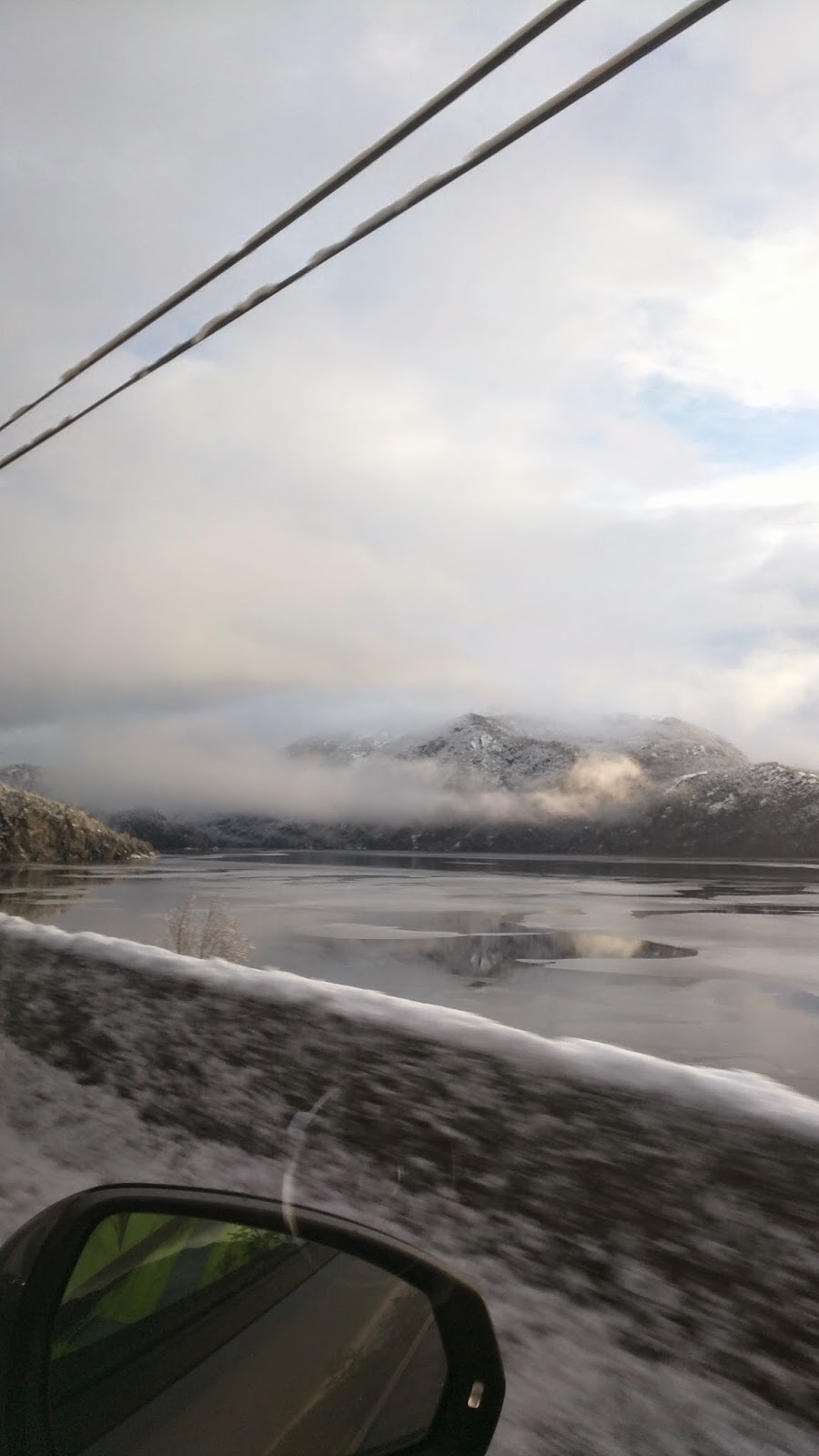 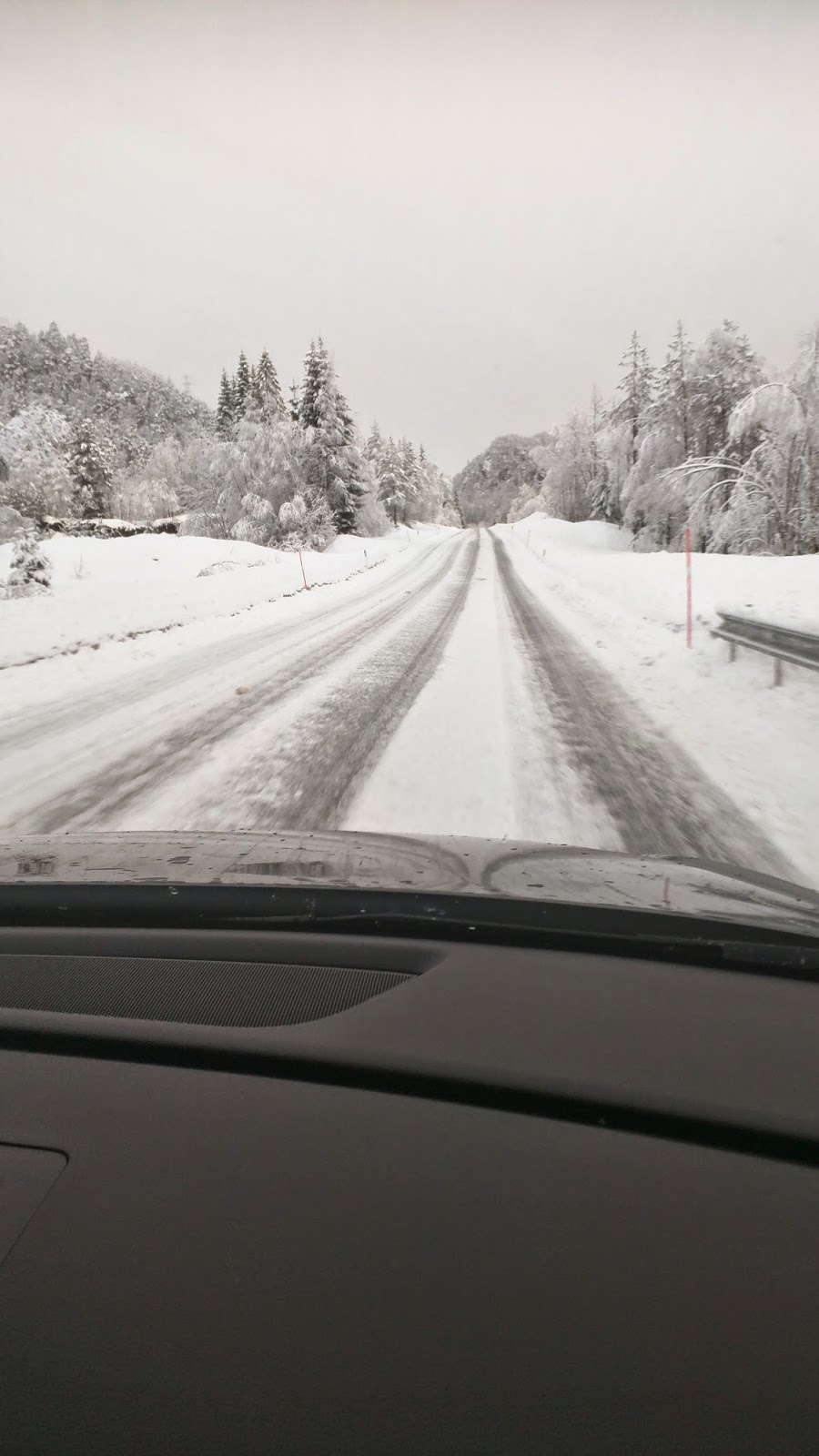 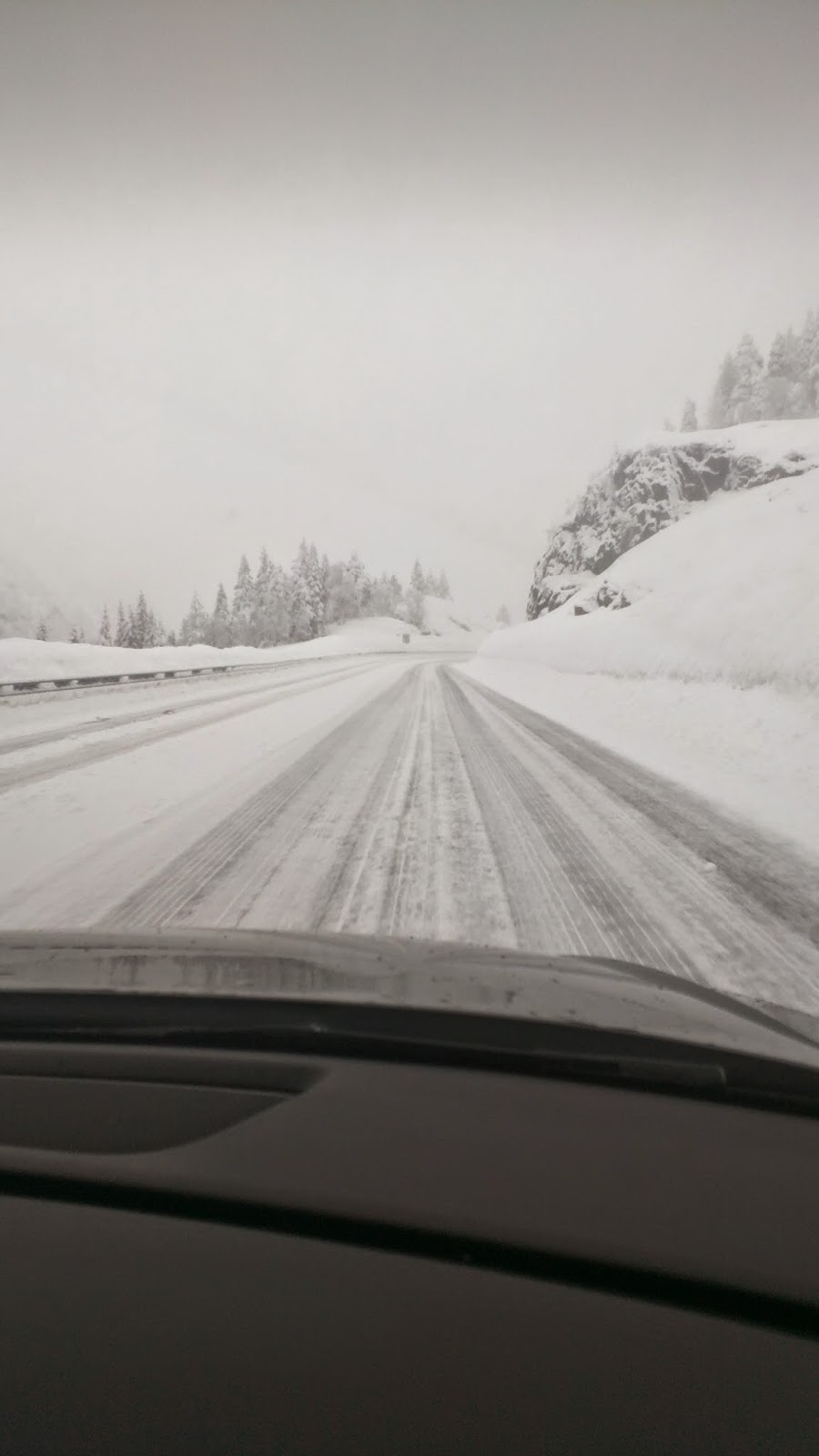 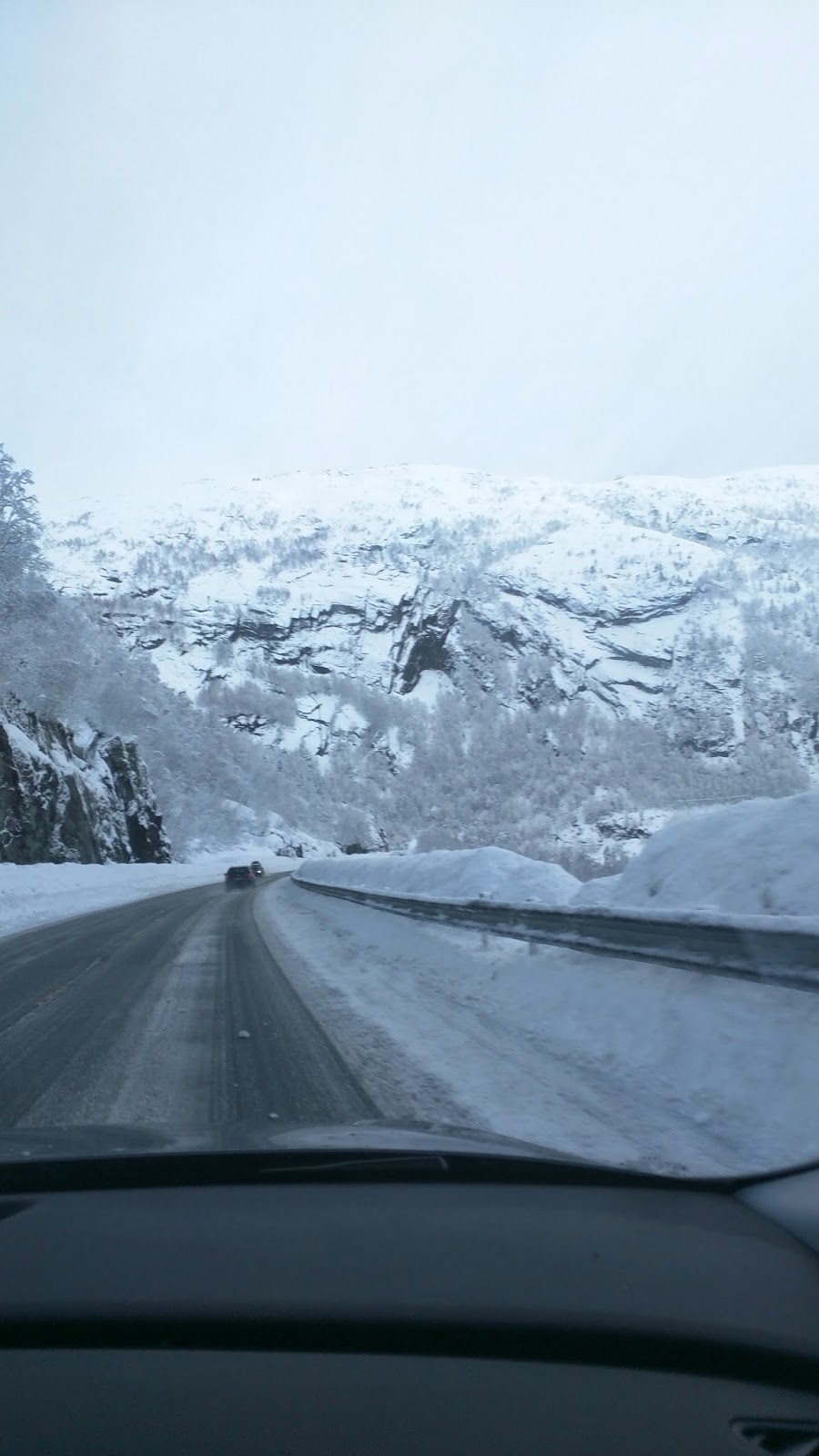 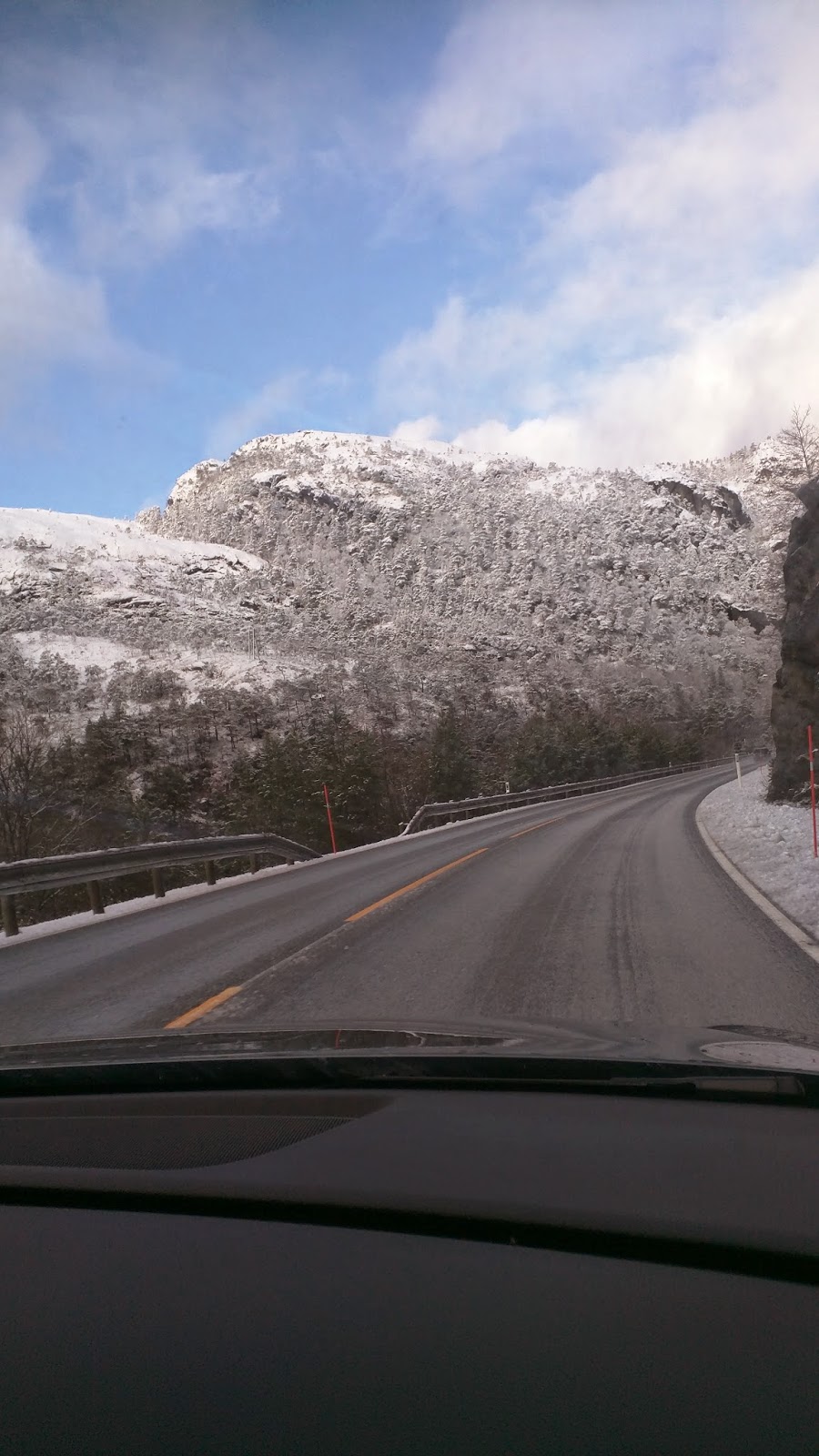 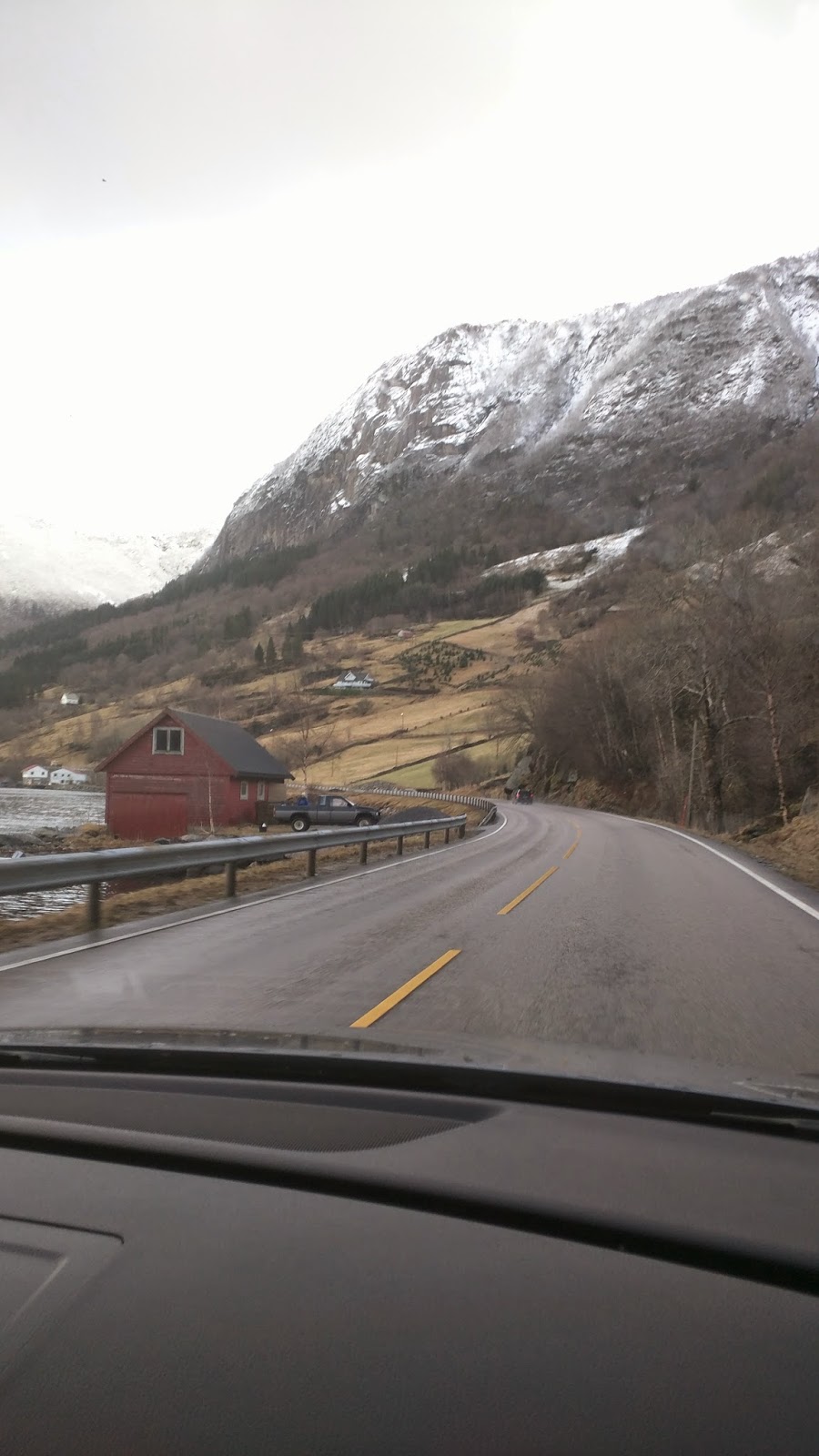 Part of the trip included a ferry ride across Sognefjord where I got to watch the view while eating a hotdog! 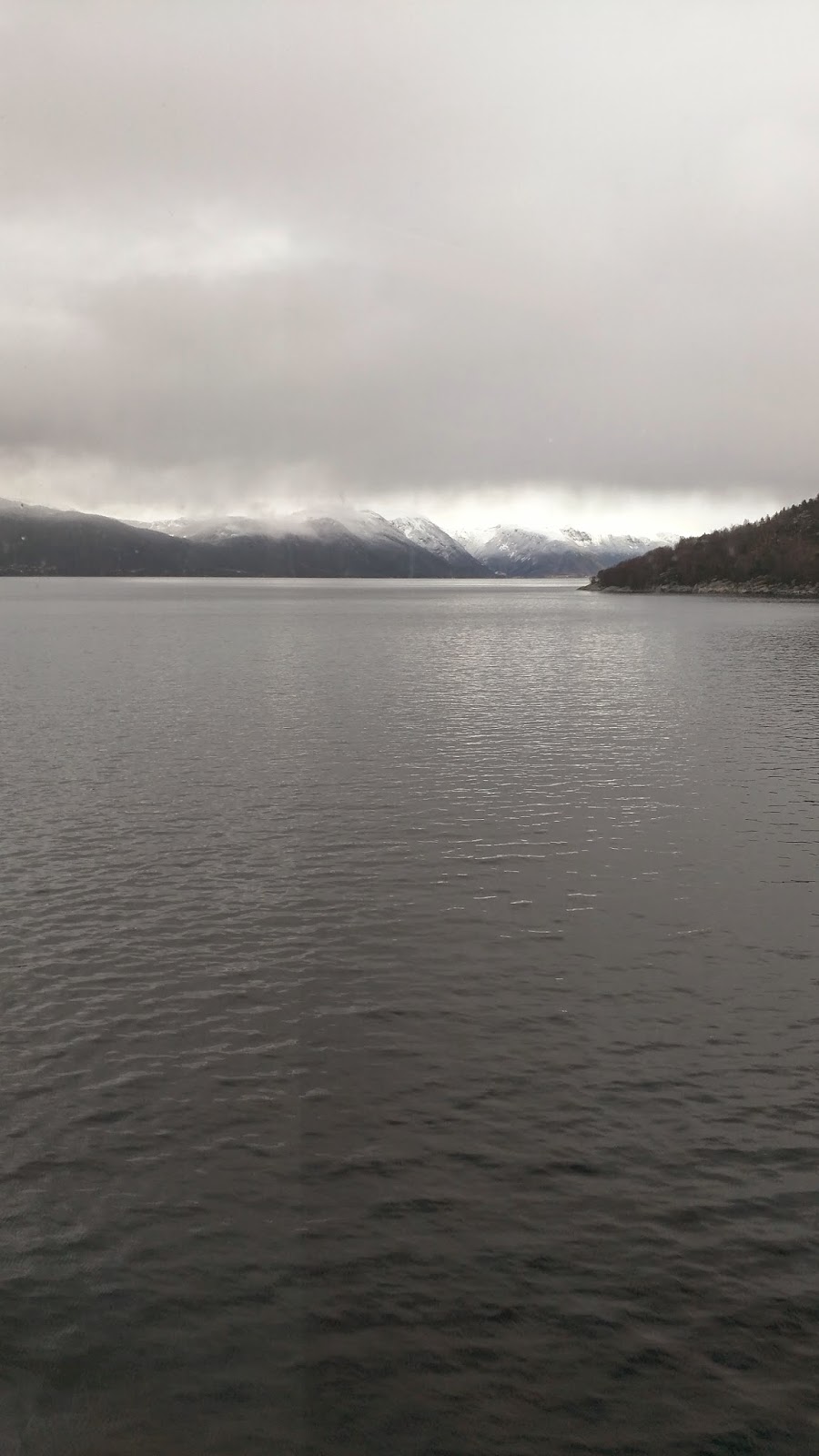 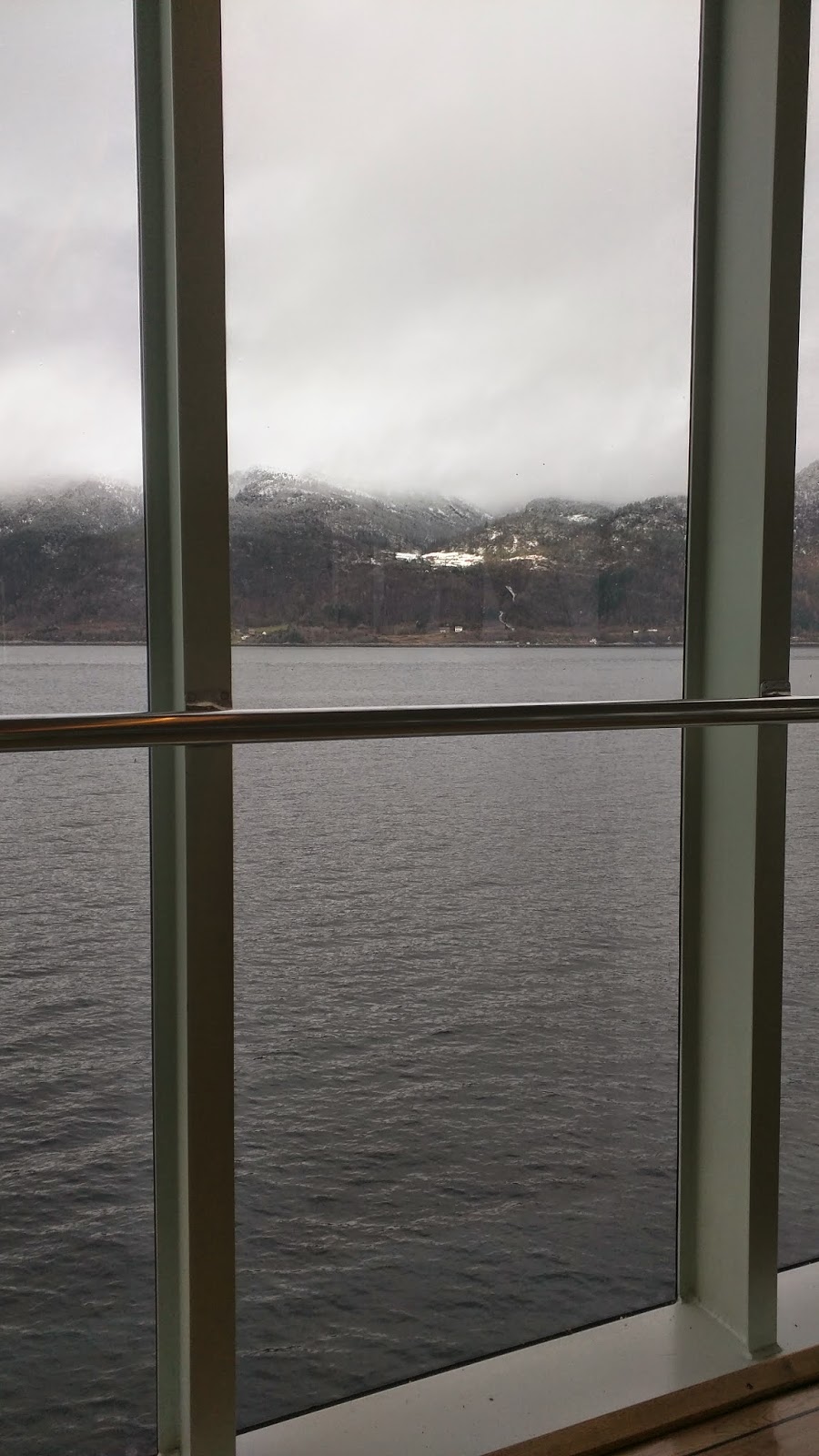 The cabin in the woods:

So when I was told that there was no hotel where we were going and only a cabin I was thinking your traditional log cabin with a wooden fireplace. This one ended up being pretty nice.

My cabin was right along a Fjord and I didn't get to take a good picture while the sun was up but I did my best attempting to after work while there was some moonlight. 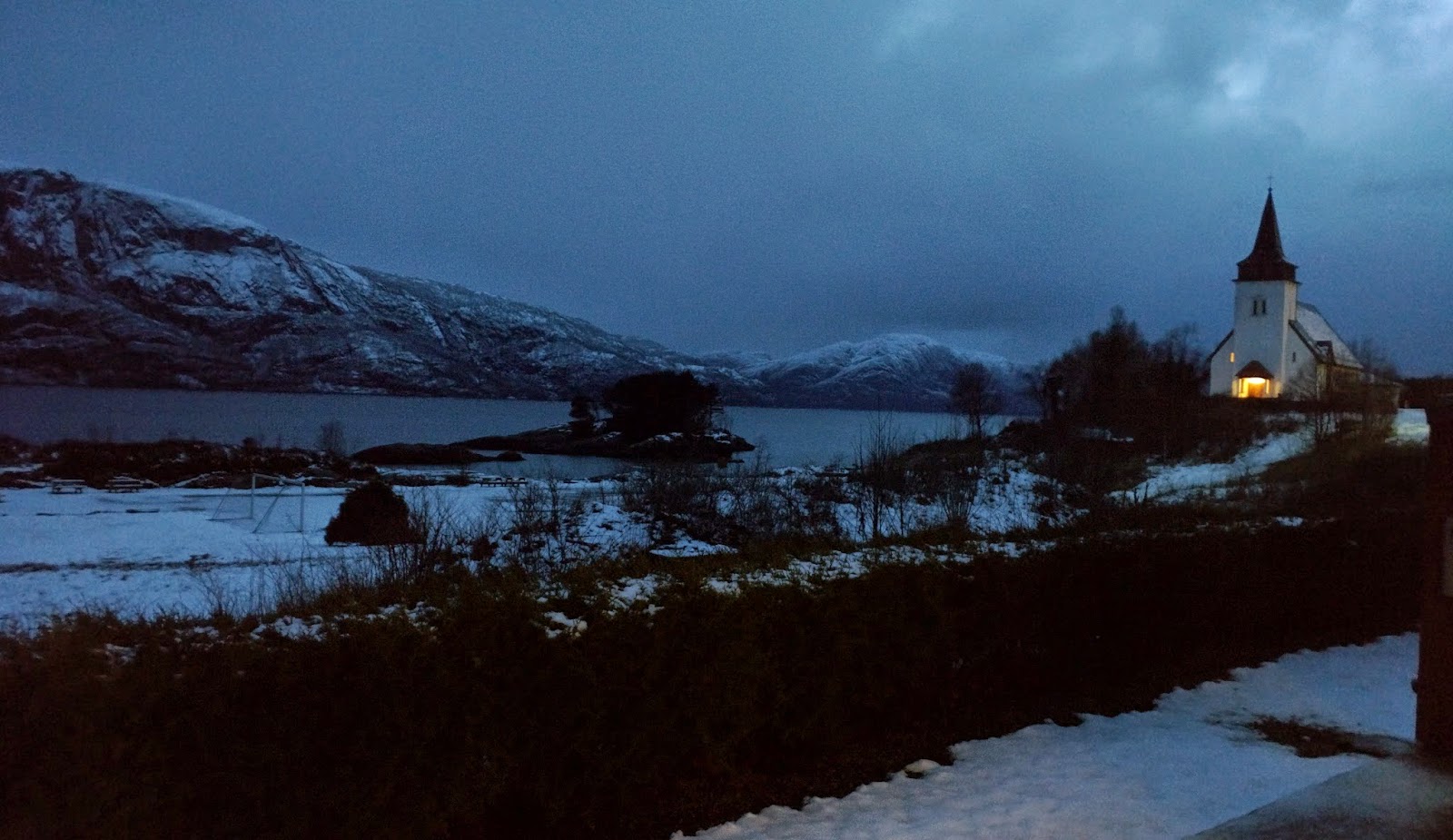 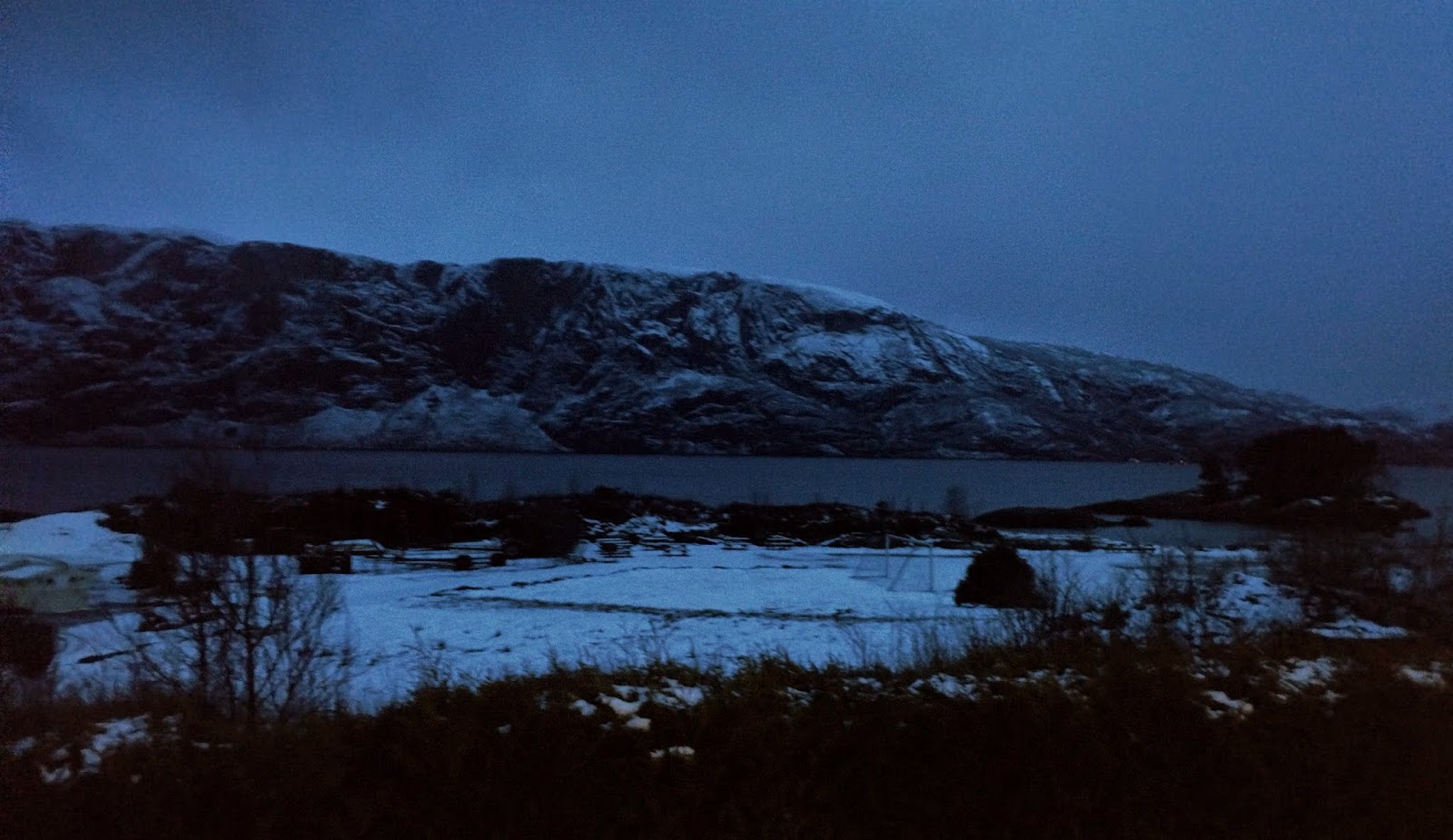 Enjoy until next time! - Kellen